Communications technology developed in Israel is being used by divers to help free 12 boys and their coach trapped for 11 days in a flooded Thai cave.

Emergency mobile communications technology developed by Israeli company Maxtech Networks is being used by rescue teams working to save 12 teenagers and their 25-year-old coach who have been trapped for 11 days in a flooded cave in Thailand.

The teenagers, a boys’ soccer team, went missing on June 23 after a soccer game when they visited a sprawling 10-kilometer-long cave system in the northern region of Chiang Rai, and became trapped by a flash flood.

Initial rescue attempts were hampered not only by the rising waters, but by lack of communication between first responders, as existing communication systems couldn’t work in the complexity of the underground caves.

Uzi Hanuni, 51, the CEO of Maxtech, said the company’s agent in Thailand was first approached by Thai naval special forces shortly after the boys went missing.

“From that point on everything was clear to us,” Hanuni told ISRAEL21c. “We knew that we would do whatever we could to save these boys.”

On June 25, Maxtech software engineer Yuval Zalmanov hopped on a plane with 17 of the company’s emergency Max-Mesh radio units, to help train the first responders how to use the technology. The company sent everything without charge and Zalmanov was joined by Asaf Zmirly, an Israeli who owns a rescue company and lives in Thailand.

Zalmanov is now embedded with the rescue team, which is made up of Thai special forces and international experts from the UK, China, Australia, and the US, and is expected to return home in a day or two.

It took 10 years to develop the technology, according to Hanuni. No direct line of sight is necessary, enabling it to be used in complex environments like the underground caves, where no other communication device will work.

“On every rescue mission you need to coordinate the rescue team and to know at all times where they are, and what their status is,” explains Hanuni.

“These caves are very long, and you can’t send messengers back and forth through them, but the divers need to be in constant contact with their base so that everyone knows where they are. No other system could work here, except ours. It’s helping to keep the first responders alive.”

Time is vital in an emergency

Maxtech was founded by Hanuni, a serial entrepreneur and an expert in RF wireless communications, 12 years ago and its technology has already been used in Israel, Italy and India in the areas of defense, security and aerospace. There is also widespread interest in the products from Guatemala, Chile and Mexico.

“Any country in the world that has a rescue team needs to have such a system in their hands. It’s not a matter of choice, it’s a matter of saving lives,” says Hanuni. “On rescue missions, time is vital. The first hours and days are critical for saving lives.

“When first responders arrive in an area after a natural disaster they can’t rely on the infrastructure that is there. They need to be able to start operating immediately, but if they wait to build some kind of infrastructure then they lose vital time. We enable them to start work immediately.”

Since Maxtech’s role in the rescue attempt hit the news, the company has been inundated by enquires from all over the world. “In the last two days, our website almost crashed because of the attention,” said Hanuni. “Every hour we’ve had had about 30 to 40 requests for information.”

For the boys, whose plight is being followed by anxious people all over the world, it’s now a race against time. The boys are trapped in pitch darkness on a mud bank deep within the cave system. While water is being pumped out of the caves, this is monsoon season, and a storm is forecast soon. 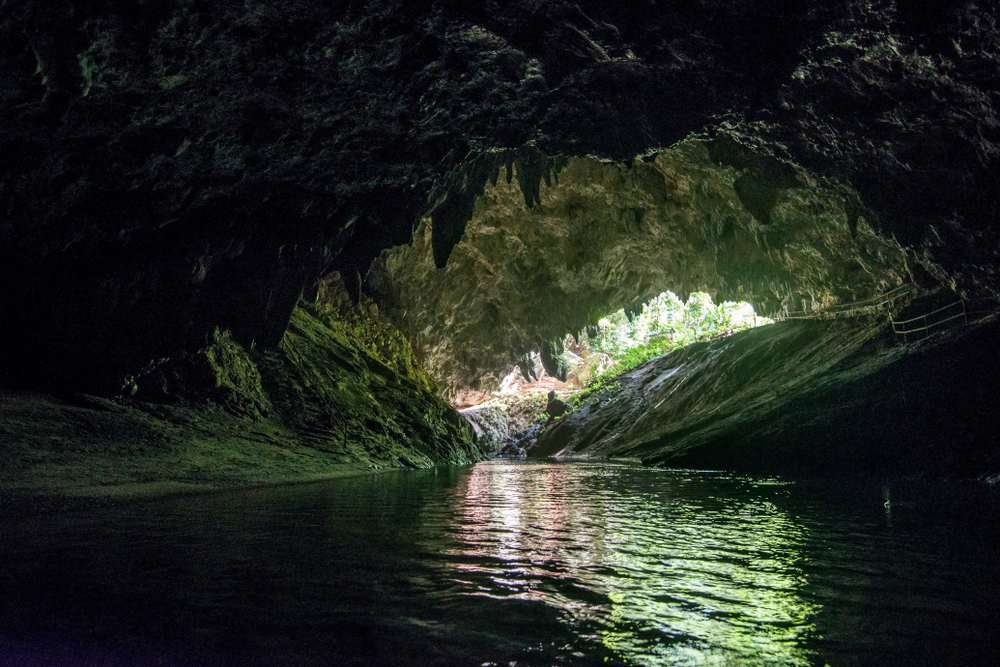 The entrance to Tham Luang cave in Chiang Rai where the boys went missing on June 23. Photo by Shutterstock

The debate among rescuers is whether to try to bring out the boys, who cannot swim or dive, immediately, or to try to wait several months for the waters to recede. Either option is grim.

Hanuni said that alongside food and medical supplies, rescue forces are now trying to pass a communication cable to the boys so that they can speak with their families.

“The only thing that we hope for now is that the boys come out alive,” said Hanuni. “We came there to help save them, and that’s all we wish for.”

Israel has a long record of developing innovative technologies for emergency situations, with devices such as Water-Gen, a portable machine that can generate drinking water from the atmosphere and purify existing water sources; Pocket BVM, a collapsible resuscitation and respiratory support device; SkySaver, a personal rescue device that can evacuate a person from a building of up to 120 stories tall; and the Agilite Instant Harness, a rappelling harness used to save the lives of South African miners trapped underground in 2013.